Richard Kindred is the CEO of Augur Industries, a Fortune 500 tech company.

Richard grew up in New York and grew up around the corner from a noodle restaurant, where he eventually ended up washing dishes for three bucks an hour. At some point in his life, Richard founded Augur Industries and built it into the success that it is today. Eventually, the tech company started to invest in expensive medical research and, according to rumors, Richard secretly started an off-the-books division involving human test subjects.

After the plane crash, Richard presumably sent Caitlyn Martin and Freddie Martin to pose as Piper's parents to retrieve her. When they failed, he sent Ken Lerner to erase all evidence surrounding the crash and Piper. He specifically instructed Ken to retrieve Piper's tracking chip but allowed him not to harm Piper since that problem would be solved on its own.

Jo went to New York City to confront Richard as Benny believed the crashed plane belonged to him. Using the data storage card that was found in the Martins' car as a way in, Jo wanted to provoke him to find proof that could tie him to the events. He claimed not to know if the card belonged to him since the company had so many products in development but offered to have his team look at it. Jo thanked him and left but he soon followed her as he discovered the data storage disk had been removed from inside the metal case. Jo took that as proof that it did, in fact, belong to him. He started threatening him until Emily Cox came to fetch him. Emily herself lingered, appearing to want to talk to Jo, but Richard beckoned her and they went back inside Augur Industries' HQ. After their talk, Ken's morphine pump was hacked and overdosed him, which was done by Richard or at least on his command.[1]

Richard discovered his facility had been broken into and that a hard drive had gone missing. He started to look into who had betrayed him and eventually got access to the secret operating system Emily had been using to contact Jo to save Piper. Emily immediately knew and destroyed the hardware before fleeing.

The next day, Richard reached out to Jo and sent a driver to pick her up, assuring her on the phone that she would be safe. They met up at a noodle restaurant and he told her they got off the wrong foot, which he admitted was his fault for having a short fuse. He told her how he had worked at that very restaurant, but she wasn't interested in the origin stories as she had read multiple magazine profiles on him. He told her he wanted her to return the special technology she had found. She said they both knew he had already tried to take Piper off her hands and pointed out everyone he had sent for her ended up dead. Richard said that was his point. He said Piper was dangerous and she didn't understand her. Jo asked how much of Piper was real. Richard said that was a complex question. He once read a story about a family who raised a chimpanzee as part of the family until one terrible day, it showed that family that it wasn't human. He advised Jo not to confuse her feelings about a thing with the thing itself. Jo realized she was mistaken in her belief that he would give her answers and left him to enjoy their noodles. As she was on her way out, he asked her if she had heard any police chatter about one of his facilities being broken into. She said it wasn't her jurisdiction. He promised her he would find out soon enough and keep her posted.[2]

Equal parts charming and ruthless, Kindred's a self-made billionaire with countless professional and personal casualties in his wake. He will go to great lengths to protect his company and reputation, and few would dare to cross him. He admits he has a short fuse.

Richard is the founder and CEO of Augur Industries, a tech company with numerous products in development. Once the company started to invest in expensive medical research, Richard allegedly founded a secret division involving human test subjects. 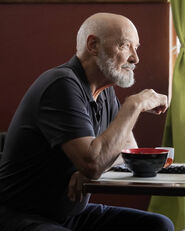 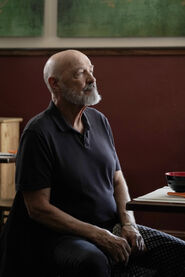 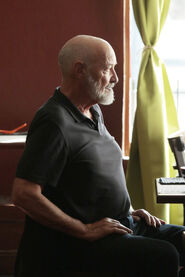 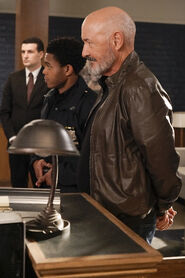 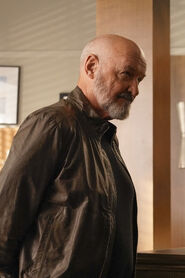 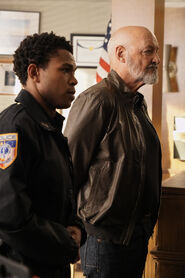 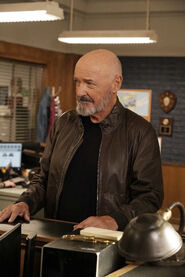 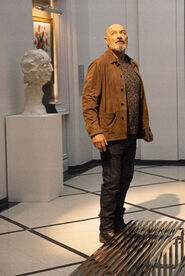 Retrieved from "https://emergence.fandom.com/wiki/Richard_Kindred?oldid=3768"
Community content is available under CC-BY-SA unless otherwise noted.