Ryan Brooks is an FBI agent who is investigating Richard Kindred and, after Kindred's death, Emily Cox and Alan Wilkis.

Ryan is an FBI agent who has been on the investigation into Richard Kindred for three years. After Richard's death, he came to Southold to investigate Emily Cox and Alan Wilkis, and to join forces with local police chief Jo Evans. Where he finds the group "Splinter," a terrorist group he has been investigating for years, is involved.

Beginnings of a romantic involvement with Jo Evans. 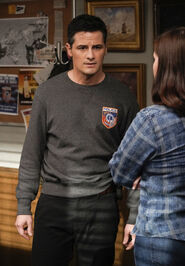 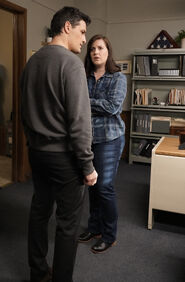 Retrieved from "https://emergence.fandom.com/wiki/Ryan_Brooks?oldid=4047"
Community content is available under CC-BY-SA unless otherwise noted.